Do you want to set up your own teaching practice/music school? Do you want to enhance your existing practice/school? We are delighted to announce a Training Day for anyone who would like to become an affiliate teacher/school of @academy_of_popular_music. Affiliate teachers & schools can teach our syllabus and follow our graded exam system for Voice, Drums, Guitar, Bass, Piano and music theory. Affiliate teachers/schools will also be listed on our website, along with their details. Minimum requirement is a BA/BMus Honours Degree or equivalent. (Affiliate schools - please contact us for details). We will be providing training in our systems & syllabi with Cork Businessman Alf Smiddy offering sage business counsel. Centers are currently Cork & Dublin and exams (instrumental & theory) will take place in June.

To book your place for Saturday 31st August email info@theacademyofpopularmusic.ie

For any queries email the above address. We look forward to working with you!

Situated at the rear of 9 Sallybrook, Abbeyside is Dungarvan’s newest private school of music. Sallybrook is beside the Greenway and adjacent to the local schools. Musical Youth Dungarvan is run by Kieran Eaton, a musician and teacher with many years of experience. Kieran began his music studies at age six, learning piano at the Leinster School of Music in Dublin. It was after a few short years that he realised that piano wasn’t to be the musical love of his life and he commenced studying recorder at the Royal Irish Academy of Music at age twelve. He quickly moved to concert flute and continued his studies of Baroque and Renaissance music with his teacher, Professor Doris Keogh for many years. Under her guidance he started teaching flute, recorder and theory at age seventeen and has continued to do so on a part time basis to this day. At age seventeen Kieran took up bass guitar and joined his first band as bassist, singer and co-songwriter. While fame and fortune were not to be the band was successful and won Dublin’s Millennium Band of 1988 among other things. In 1990 Kieran bought his first tenor saxophone and soon after added alto and soprano saxophones to his collection and repertoire.

Kieran began his professional career at age twelve in Noel Pearson’s production of Joseph and the Amazing Technicolour Dreamcoat in Dublin’s Gaeity and Olympia theatres. He continued to perform in stage shows and orchestral concerts while also playing in his original band throughout the 1980’s. Kieran has worked tirelessly on the cover band circuit since 1990 and still performs weekly. He also continues to perform in the classical style at wedding and similar ceremonies and with the orchestra of the W.I.T. Music School as flautist and saxophonist. Kieran’s endless love of performance has given him the opportunity to play venues like the National Concert Hall and Point Theatre and festivals including Electric Picnic, Daytripper, All Together Now and the RTÉ Proms.

Kieran is unusual in that he has such a varied musical experience to share with his students. He has consistently taught his students through the grade exam syllabus of the Royal Irish Academy of Music using his knowledge of the classical style of learning and he is also just as comfortable sharing his knowledge of improvisation and learning in the rock ‘n’ roll style. He teaches recorder, flute, saxophones, bass guitar, double bass and theory. He is now delighted to introduce the exam syllabi of the Academy of Popular Music, Cork, to his students and is sure that they will benefit greatly from learning about modern music as well as old.

The introduction of the Academy of Popular Music to Kieran’s school makes his assertion that he is the only Baroque ‘n’ Roll teacher in town truer than ever before! Kieran has been Garda vetted, has completed a course in child protection and is GDPR compliant.

Footdreams Performing Arts” is a Cork based Performance School offering dance/drama/singing classes to students from pre-primary to advanced levels. At Footdreams we strive to encourage students in all walks of life regardless of ability. Every student is given an equal opportunity to shine.

Footdreams Performing Arts was established in 2005 and is under the direction of Ms Tracey O Donovan-Linnane. (UTDM B.M.T UTDF P.A) The main studio is located in Mahon Point Shopping Centre with branches also operating in Ballyphehane, Passage West and Cloyne. 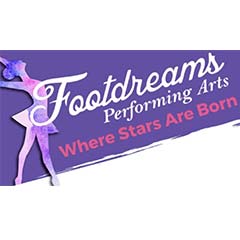 James is the founding director of The Music Factory, a music academy catering to students of all ages and abilities, located in Midleton, Co. Cork. They offer tailor made professional music tuition and production services, comprising of individual and group lessons, parent & child lessons, band class, rhythm and songwriting workshops, music theory classes and grade examinations.

James has a B.A. (Hon’s) degree in Popular Music from The Cork School of Music CIT, and teaches Voice Coaching, Guitar, Ukulele, Music Theory and Band Class at The Music Factory.

He has over 20 years of experience in the music industry in both live performance and teaching. James has residences at many venues including the Meeting place, Wallis Bar and the The Anchor Bar. He also hosts Open Mic nights and is bandleader with ‘The Greatest Hits’. James recorded an album in 1995, entitled ‘Time will tell’. His achievements also include winning East Cork musician of the year in 1999.

Youngstars is a music school for kids, teens and adults in Blarney and the surrounding areas. Offering lessons in guitar, piano, voice and Musicianship, we take pride in our way of teaching music to a high standard in a fun and relaxed atmosphere while instilling confidence and a love of music.

Alan has a B.A. (Hon’s) degree in Popular Music from The Cork School of Music CIT. He is a senior bass guitar instructor and also teaches keyboard and piano, guitar, ukulele, music theory and band class at The Music Factory, a music academy located in Midleton, Co. Cork. He has over 20 years of experience in the music industry in both live performance and teaching, and is a member of several bands including 'The Aristocrats', 'The Bentley Boys' and 'The Greatest Hits'.

Niamh O’Connor is a Vocal Coach, Singer/Performer and backing vocalist based in Cork, Ireland. Niamh started her music career as a classical violinist, performing in both Cork ETB School of Music’s Junior and Senior Orchestras in the National Concert Hall, Dublin. She has performed in Barcelona and in the Flint Institute of Music, Michigan. At the age of fifteen, Niamh first started her vocal training in The Academy of Popular Music, Cork under Dr. Patricia Rooney, gaining experience of performing in front of crowds from 200-10,000 when she was chosen for the Academy’s Senior Band. She followed on her training by studying a BA (Hons) Popular Music in Vocals in the Cork School of Music. In addition to her vocal training, Niamh has worked with many bands and vocal ensembles.

Niamh got her first job as a professional singer when she was 18, fronting a wedding band in Cork. From this she gained experience in the fast-paced industry of cover bands, proving her to be one of the most sought after deps in the industry. Niamh has toured the country with Derek Ryan’s One Good Night Tour and Rebecca O'Connor as Tina Tuner on her Simply the Best Tour.

Currently based in Cork, Niamh has set up her own singing school, expanding to a casual choir, which she runs for singers of all abilities to get them out of their comfort zone and into the world of music. Further on this she has expanded her learning into other fields by attending seminars and courses for various training in vocal techniques and teaching. Niamh loves working as a hired vocalist for TV and events including The Late Late Show, The Voice of Ireland, Cork Guinness Jazz Festival, Glow Festival. She has performed as a backing vocalist with artists including Derek Ryan, Bressie, Gavin James, Daniel O’Donnell.

Kirsty hails from South Africa, where she spent her youth training in classical piano and her early career composing for cabarets, choreographers, corporate clients, bands and choirs. Having recently completed her BAPM Hons in Popular Music, Kirsty is currently embarking on the MA in Composition at the Cork School of Music. She is passionate about educational alternatives and believes there is no one-size-fits-all method of musical education. 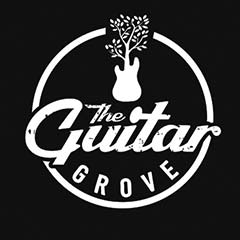